ALL CHILDREN RUNNING KOSICE RUNWAY RUN 2019 WILL HAVE A FREE ENTRY FOR NEXT YEAR
Administrator, 30.04.2019 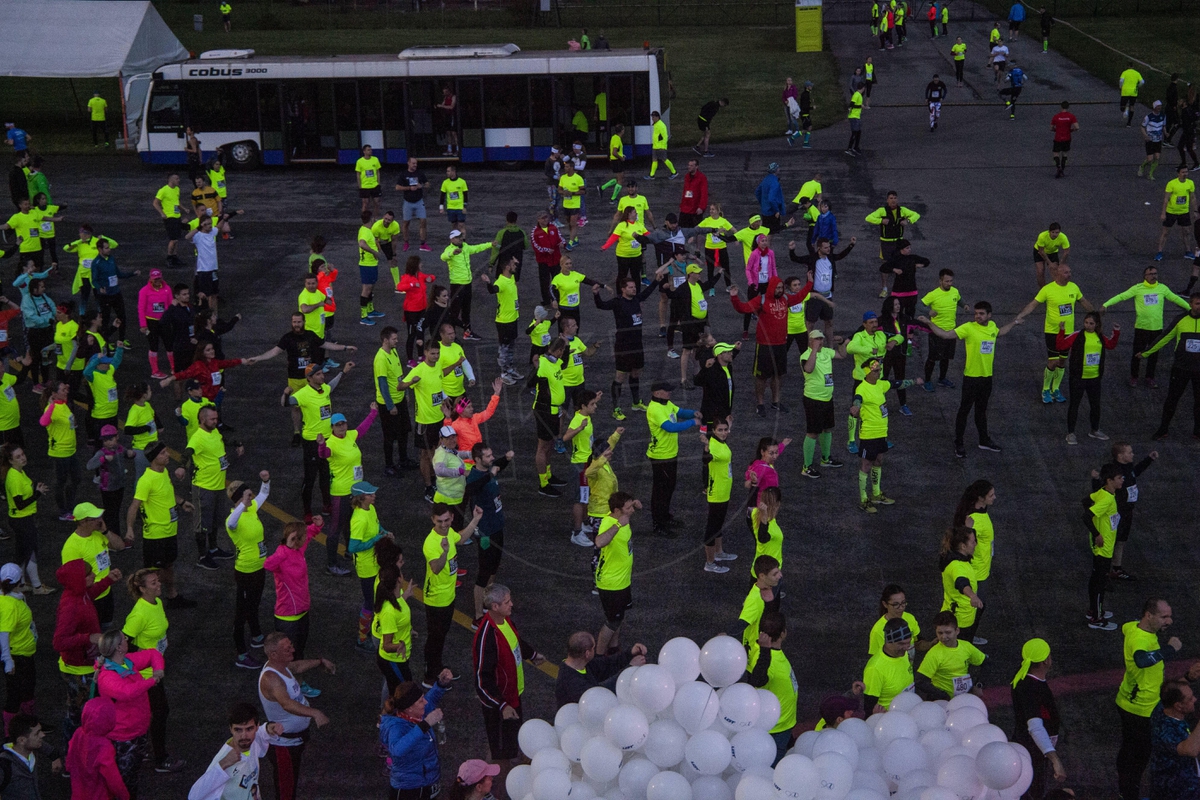 Their commitment and joy from running "among the drops" fascinated even older and more experienced runners, created a unique atmosphere on the track which Radio Košice would like to thank them for in an original way.

The fourth edition of Košice Runway Run attracted a record number of runners. 1598 runners stepped onto a Start line, out of which 143 were children. Despite the rain, due to which the start of the race was earlier, the runners enjoyed the unconventional track and were driven by good fitness shape, performance of other athletes or even by the raindrops themselves.

The biggest joy on the track was shown by the youngest runners, so their determination was deeply appreciated by Radio Košice and Košice Airport. "The weather was not exemplary, but when I looked at those kids as they were enjoying it, I must admit we were all fascinated by their commitment and joy with which they certainly positively contributed to the good mood and the atmosphere around. That is why we decided that all children who came to the 4th year of the Košice Runway Run and ran with us will have a free entry for a next year,” said the main organizer of the event Marek Petráš from Radio Košice.

Little runners ran one round - 5K. On the track, however, they were not lonely; the interesting fact about fourth year's run is that the five – kilometre track is becoming more and more popular, 60 % of the runners chose 5K track over 10K . The youngest runner was Martin Ferencz from Košice.

Athletes have traditionally been driven by good music, BUBONZ encouraged them on the track, the illuminated track was also charming thank to the new effects. Despite the rain, the mood on the track was fantastic, gratitude to the runners. “We would like to thank very much once again to all those who came, whether to run or encourage. The weather could have discouraged many runners, but it didn't. Runners remained faithful to Košice Runway Run and we appreciate it and we thank you,” Petráš concluded.

Košice Runway Run is becoming more popular from year to year. This year it has attracted runners from all over Slovakia as well as from abroad. The fifth year of the Košice Runway Run on the airport runway, for which the participants of the fourth year in the category under 15 will have free entry, will be on April 25, 2020 at Košice Airport Radio Košice invites all runners to Kosice Night Run 2019 on September 6, 2019.