KOŠICE RUNWAY RUN WAS BAPTIZED BY RAIN, IT DID NOT STOP THE NIGHT RUNNERS THOUGH
Administrator, 28.04.2019 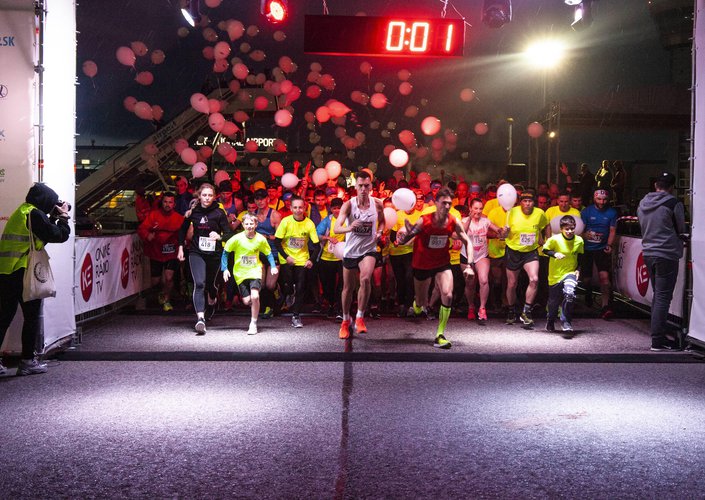 "We will remember the fourth edition of Košice Runway Run forever," the runners shouted at the finish.

On the Saturday (April 27), the metropolis of the east opened the spring running season. Košice Airport has changed into a sports field. Despite the rain that came exactly with the start of the run, the runners enjoyed the unconventional track and rushed to the finish with a smile on their lips. "It was a year we will not forget and it is awesome, it is raining, but we are happy," the wet runners concluded at the finish.

Running along the runway of Košice Airport is the only one of its kind within Slovakia, the organizers are always ready for all possible scenarios, as the weather can be surprising, especially in April. Overall, more than 1,800 runners registered for the run, 1598 were at the end ready for the start. "I am pleased that the fourth annual Runway Run Košice fared better than expected, we broke all possible records, I think we were baptized by the rain enough, but fascinating about the whole thing is that people felt good about it, despite the rain. We were preparing all day long, watching all the radars, but we were ready for the rain, it had to come at some point," said Marek Petráš from Radio Košice, who is the main organizer of the event.

An interesting feature of the fourth year is the fact that the 5k track is becoming more and more popular, more than one third of runners have chosen the 5k track. More than one third of the runners which signed up for the Košice Runway Run were men. There were also children on the track who enjoyed the take-off runway, which is usually not available, as well as other features such as track lights, balloons at the start, a helicopter overhead or truly deserved and wet medal at the finish. The oldest runner was Michal Laško from Spišská Nová Ves, the youngest runner was Martin Ferencz from Košice.

In addition to the Slovak language, we also overheard other languages, including runners from Austria, Belgium, the Czech Republic, France, Germany, Italy, the Netherlands and Norway. Košice Airport is praising the run: “We do not have scheduled flights late in the evening or during the night so this is the chance to close the airport. It is also a great challenge for our staff and security forces. We must notify our partners and they must approve the run. It's a challenge for us, but it's possible. We are proud to be partners and to organize Košice Runway Run. Running around the area, where usually only planes move, is a truly unique feeling. I also ran the runway run two years ago and it was a great feeling,” said the director of Košice Airport Michael Tmej, who enjoyed this run from a different perspective – he initiated the run by firing from a starting pistol.

Radio Košice and Košice Airport management have prepared for the winning runners the prizes in the form of vouchers for the purchase of air tickets to any destination departing from Košice. Thus, the three fastest men and the three fastest women in the 5 km and 10 km runs received the voucher for the flight. The airport management also thought of the youngest participants, so it arranged for the win of a family ticket for 4 people for the fastest girl and the fastest boy under 15. Athletes were traditionally cheered by BUBONZ, music and a lighted track - with new special effects this year. On the other side, in front of the terminal and inside of it, children enjoyed an inflatable castle and engaged in competitions as well as runners and visitors to the event. 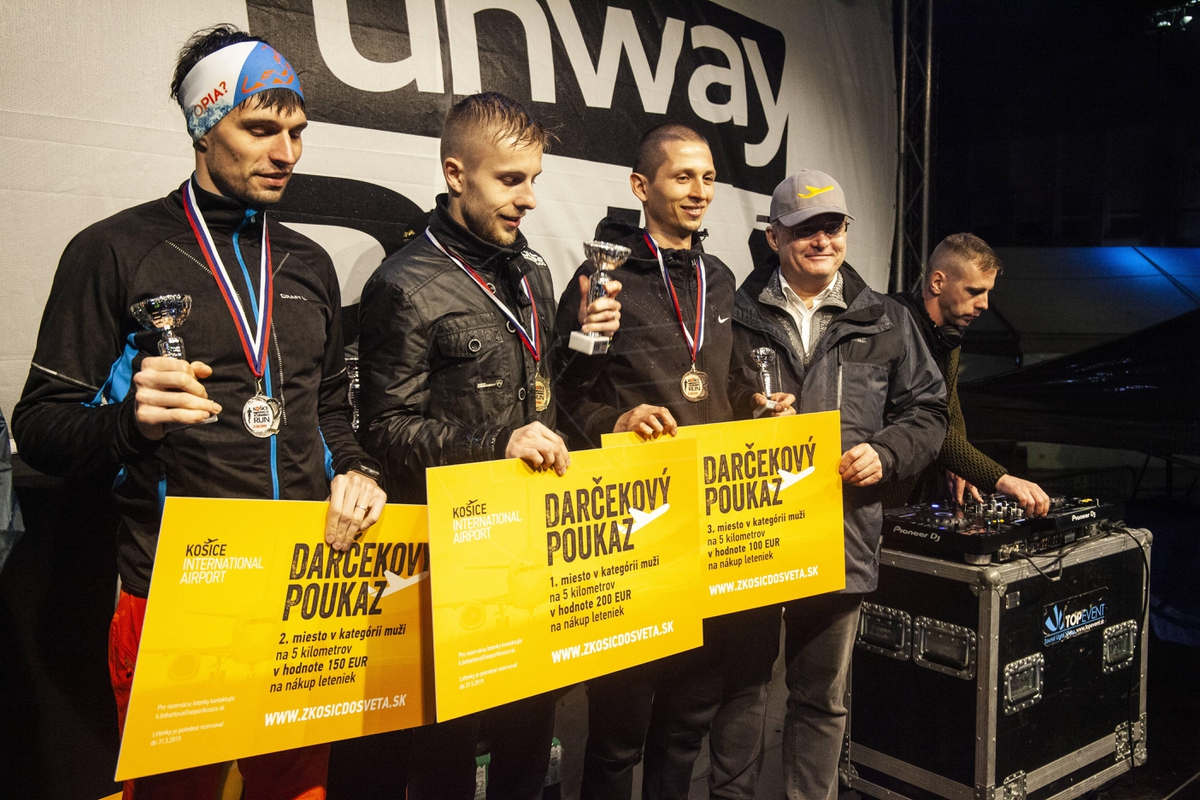 THE FASTEST ON 5KM
The winner of the five-kilometer track in the category of men was Patrik Vyšňovský, who managed it in 0:16:04. Michal Lami finished in the second place with 0:16:13. Andrej Antal (0:16:52) finished third. The best woman in five kilometers was Michaela Ivančová with a time of 0:20:24. The second woman was Simona Čonková with the time of 0:22:12 and Lucia Tverďáková (0:22:28) finished third.

AT THE AIRPORT IN A YEAR, IN THE CITY CENTER IN A FEW MONTHS
Košice Runway Run is becoming more popular every year. In addition to the runners from the East of Slovakia, the runners from Banská Bystrica, Bratislava, Žilina, Považská Bystrica, Zvolen, Liptovský Hrádok, Liptovský Mikuláš, Bojnice, Šaľa, Trenčín, Trnava, Dunajská Lužná and Brezno were attracted to the 4th year of the event.

"Of course, we are also preparing the fifth edition of the Košice Runway Run, it will be on April 25, 2020, we are already inviting everyone, but we do not want our runners to wait too long, we are expecting them at Košice Night Run on September 6, 2019, same as every year” concluded Petráš.